We woke up pretty early and enjoyed 20k of downhill to our first Croatian town and shortly after we got our first glimpse of the sea!

We stopped off in Rijecka quickly to buy some new garms, as a constantly evolving wardrobe is essential for cycle touring. We went to H and M and that was pretty strange, it felt like being in Cabot Circus again. I took a long to find the men’s department. i was surprised that the alarms were not sounded, as usually a man drenched in sweat, completely covered in skin tight clothing, furiously pacing up and down the lingerie section is a great cause for concern. Looking back on it, I am not sure why but I decided to buy some trousers, whereas vito opted for some shorts, much more sensible.

We took it pretty easy going through the first bit of Croatia. It was difficult to really push it for a couple of reasons. Firstly, it was insanely hot, even my forearms started to sweat after just pushing the bike to the next cafe.
Secondly, the coast line was so beautiful that it was almost impossible to resist going swimming or stopping for beer! 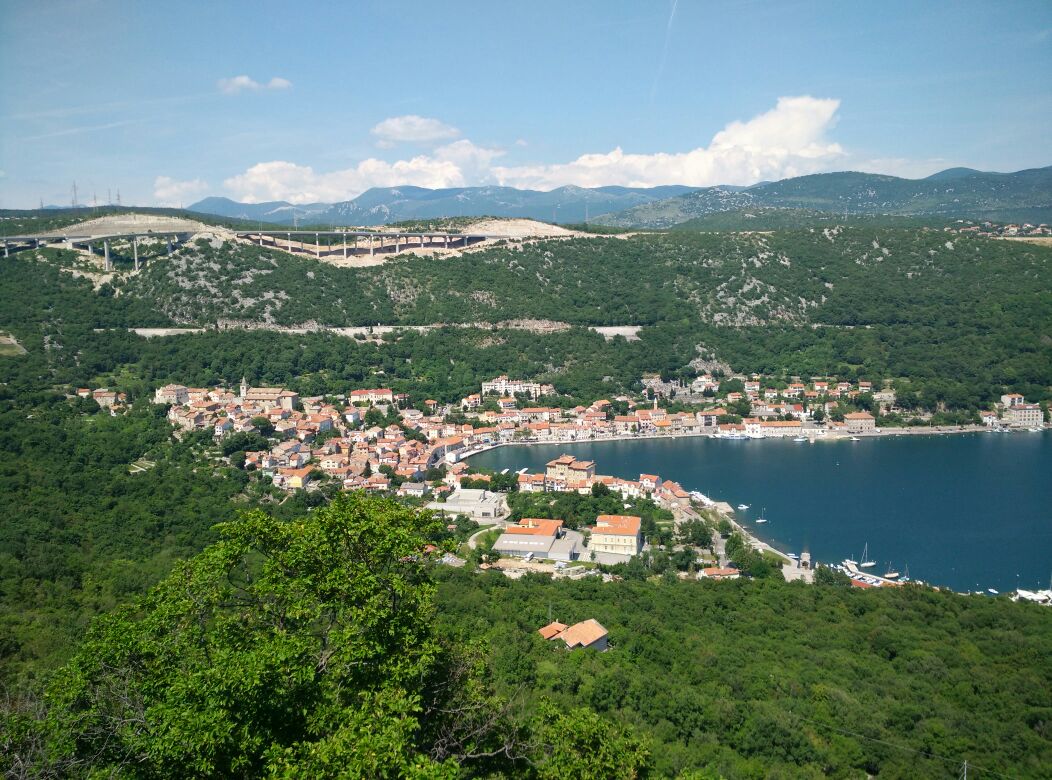 We were going to have a rest day but thought we would have a proper rest in Novalja, on the island of Pag. Supposedly this was a bit of a party town but we arrived two days before a big festival so it was only building up at this stage.

It was really strange not cycling and I kept getting a bit restless. I tried practising some capoeira on the beach front, but the police stopped me. Apparently, 10am is to early to be doing topless cartwheels, expressing yourself through dance on a busy beach walkway. Upon reflection, fair shout.

I turned in quite early as I was planning to make a move early in the morning. Vito and I had been talking about going separate ways for a little while. He wanted to explore Croatia a bit more and I wanted to press on and go through some of the other countries. We cycled together in the morning and stopped for lunch before we came to a cross roads and went our separate ways.

It was really strange saying goodbye for now especially after being around someone all the time for the last two weeks. But, it was much better to do the things we wanted to do, then force the other to do what we wanted. So after he held my bike one last time whilst I went to the toilet, we said goodbye and good luck!!!